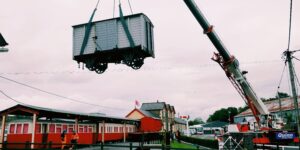 Last weekend, work swung into action (literally), as the front of Donegal Railway Station was cleared of railway stock for the return of Drumboe in the next few months.

Local company, Quinn Crane Hire with the assistance of the staff at Donegal Railway Heritage Centre, carefully lifted the Donegal railway stock before the builders move on-site in the coming weeks, to build a new railway platform as well as lay track for the engine and stock to sit on. Foundations will also be laid at this stage for the canopy which will protect the stock. At a later stage, when Drumboe triumphantly returns and is slotted into place, the top of the canopy will be attached, as well as feature lighting installed, and other refurbishment work around the site completed, thus reinforcing this unique museum’s place as one of Donegal Town’s flagship tourist attractions.

Finally, we would like to thank all those who assisted at the weekend including CIE (Bus Eireann), ESB, and our neighbours who put up with the disruption on Saturday morning to accommodate the work, not forgetting also, our staff who as usual did a great job.

Don’t forget that as we have a small shortfall, so any contributions no matter how small are gratefully received. Click the link below to find out more. 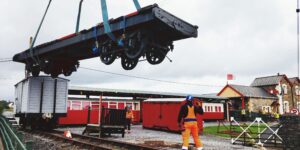 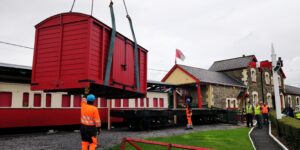 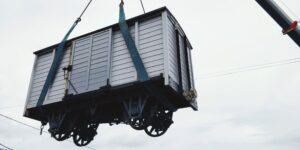 Your ticket for: Work starts for Drumboe’s Return!