The County Donegal Railway and the Londonderry & Lough Swilly Railway, with a total of 225 miles of track, formed the largest narrow gauge railway system in north-west Europe. 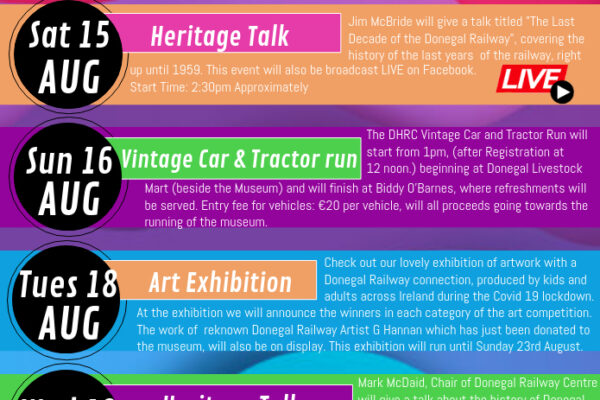 Stranorlar to Glenties in Donegal

A variety of beautifully constructed models in various scales, some of which can be seen working, also tell the story and give an insight into how the railways were.

The Donegal Railway Heritage Centre also has the world’s largest digitised collection of photos of the Londonderry & Lough Swilly Railway and provides easy access to these for visitors via a touch screen device.

If you can't make it to our museum, feel free to visit our online shop where you can purchase a number of publications or DVDs dedicated to the railway covering its history, rolling stock, life around it and the country through which it ran.

Your ticket for the: History