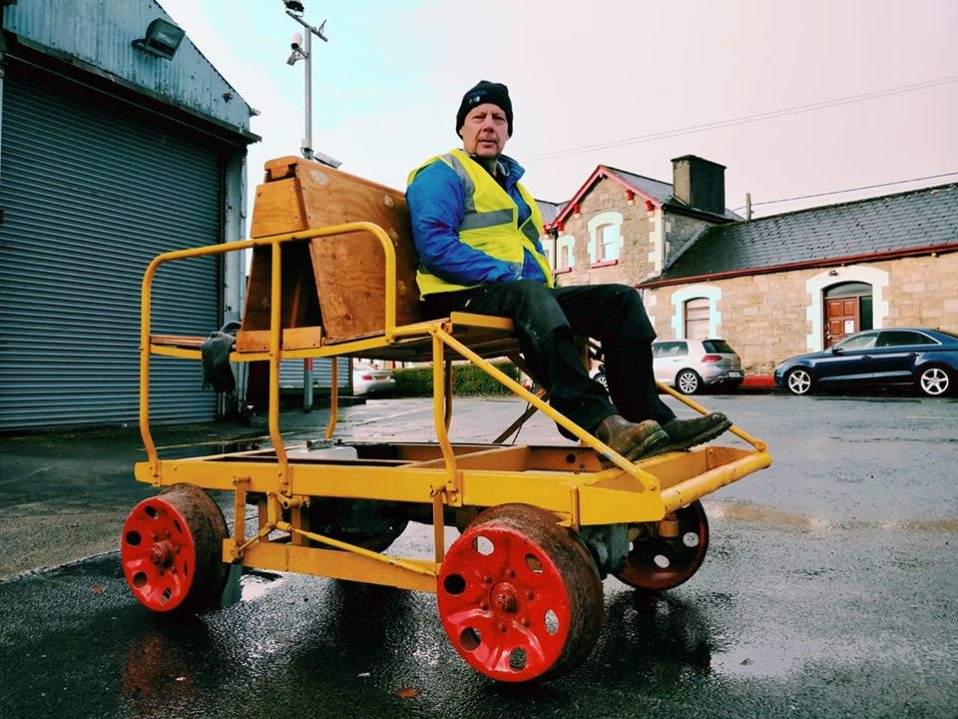 As part of the ongoing commemorations of the 60th anniversary of the bulk of the railway lines and stations across Donegal closing in 1959, Donegal Railway Heritage Centre are running their Wickham Trolley on a short stretch of track at Mullanboy’s Halt in County Donegal on Tuesday 3rd December at 2pm. The public are welcome to attend.

Niall McCaughan, Manager of Donegal Railway Heritage Centre stated: “Since January of this year we have been holding a number of events as part of the 60th anniversary commemorations, and are delighted to have the opportunity to run our Wickham trolley in the County in this special year. The loss of such an important infrastructure asset as the railways in Donegal resulted unquestionably in the adverse effect to the county’s economic development since.

However, it is important to keep the story of the Donegal railway alive, and apart from ourselves as the main railway museum in the county, it is pleasing to see people across the county doing their bit. Fred Symmons is such a person. Fred has tastefully and sympathetically restored the railway cottage at Mullanboys Halt on the Donegal to Killybegs line, and kept a short part of track where we intend to run the trolley; we are appreciative to him for accommodating it. We are also thankful to Patsy Meehan Car Breakers for providing transport for the trolley, to and from the halt on the day.

This event is open to the public, and we would love to see as many as possible there. Finally, as we draw to of this year I would like to remind people that we have a new book, “County Donegal by Rail in colour” coming out in early December of colour photographs by John Langford, just in time for Christmas. Details of it will be available soon on our website, Facebook and in the press.

Make sure to copy Registration number after successful submission.

Thank you for payment.

Your ticket for the: 60th Anniversary Event